Ailsa Craig Gala Days
​Our Story. Our History. Our Turtles. 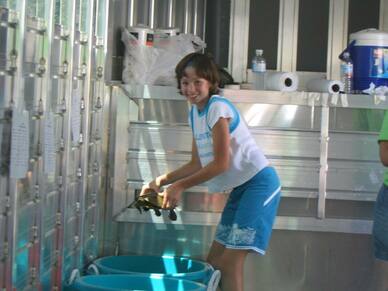 In 1973, 45 years ago, Charles Garrod, Douglas Williams and Doug McNair came up with the idea of turtle racing. Charlie (as he was known in town) and his wife Ruth, went to Boissevain, Manitoba. While they were there, they saw the Great Turtle Derby. Their turtle derby, which is no longer running, was a much bigger event than that of our community. He came back and told a few other gentlemen of the Recreation Committee. In 1974, Ailsa Craig's Centennial year, they decided to race four turtles on a wooden board. The first race was held in front of Charlie Garrod's shoe store on Main Street. Since that brought so much interest and joy to the community, they then decided to make it a bigger event. So in 1975, they made a tower with a starting gate. It was made out of an ice cream tub, rope and pipes at the bottom and a 25' diameter circle with a line drawn on the local ball diamond surface. Later in 1979 or 1980 a stand was created for the gate. (Both can be viewed at the Ailsa Craig Museum) Within a few years, the little town of Ailsa Craig would double in size. There were a few times that community members actually took the two top turtles to Bossivaine to race!

Since then, every third weekend in July, people from far and wide, and from all generations came to Ailsa Craig, to see and be a part of Gala Days.  In 2010, the Gala Days' Committee learned they would no longer be allowed to race turtles, but that, fortunately, did not stop this fantastic community tradition. The community has pulled together year after year to come up with fun and different events and activities for the whole family, to ensure that the Ailsa Craig community has an amazing, fun-filled weekend that they are proud of.